Within the Kultivator project run by Petar Mladenovski (Superhiks), Roma Rock School and Petar worked together. The main goal of this project was to motivate young Romani kids to successfully continue to develop themselves as a musicians, focusing on rock music and culture , through jamming with well experienced musicians such as Petar Mladenovski (Superhiks), who is on the music scene more than 25 years. 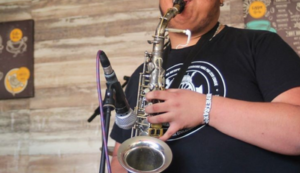 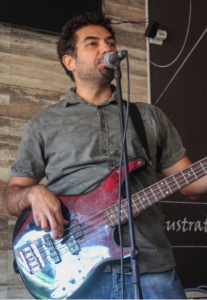 One specific goal of the project were raising awareness of the necessity for culture and art in the social factors, among ordinary citizens, and especially among the youngest population and communities, such as the Roma, who have been on the sidelines for decades regarding such cultural events. Another goal was contribution to cultural awareness and education of target groups and theirs directing in the field of music art and arousing interest in attending concerts of a similar nature, promotion of trends and values ​​in culture and art to the youngest generations from Skopje and the surrounding area with an emphasis on the Roma young population. Further, motivating the youngest population in urban areas express themselves though art and helping them to develop their creative potential in various fields of art and especially in music art, will contribute to the development of the rock scene in the country. Encouraging the youngsters to be active in the field of art will also lead to more frequent use of concert and club venues for organizing cultural events.
The activities of the project included rehearsals, jamming and end product. The students from Roma Rock School and Petar Mladenovski, praticed together and created an original song which was one of the goals of this collaboration.

The song is called “Nespokoj” and was performed in Art Cafe, Kratovo. 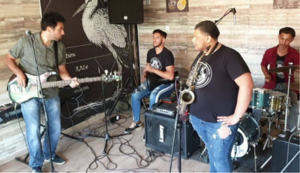